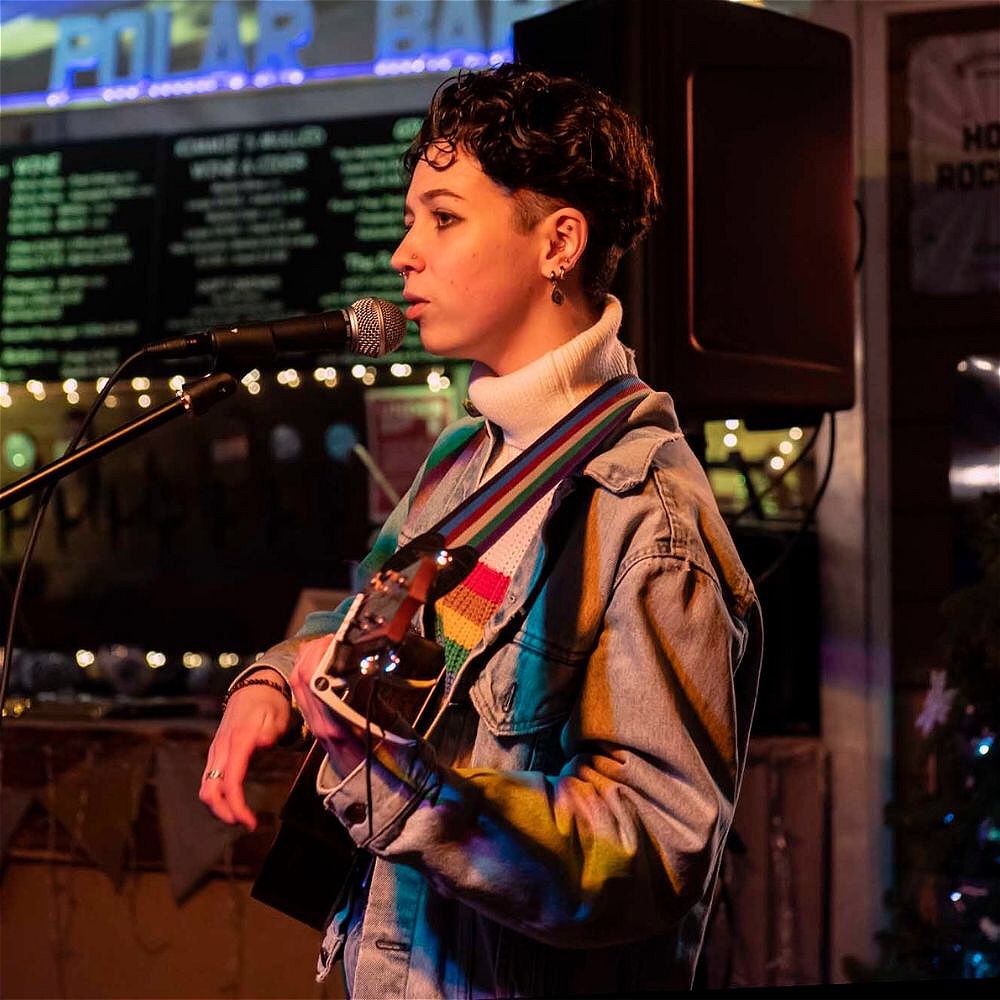 Molly Walford (AKA Biddle) is a 17 year old musician from Tunbridge Wells. They have been songwriting/performing since 2018, originally on ukulele and more recently on baritone ukulele. Her performances consist of her singing and playing an instrument, most of the songs played are her original songs, and sometimes covers of well known artists such as Billie Eilish. They share their music across social media platforms such as Youtube and Instagram, and in the past had supported well known artists such as Chloe Moriondo and Jerry Williams.